Thermal Breaks LLC based in North America are very excited to have worked on such an interesting project, showcasing the capabilities of our material TekTherm™ AK300HT operating in the South Pole. Offering a cost effective solution to a complex problem. 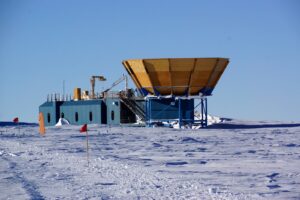 Our customer kindly gave some insight into the project and the decision behind choosing TekTherm™ AK300HT.

The project, led by Harvard’s Harvard/Smithsonian Centre for Astrophysics, and supported by the US National Science Foundation at the South Pole, is a new tower to support an existing Cosmic Microwave Background telescope. 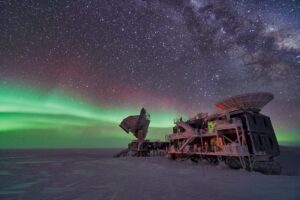 The telescope is named the BICEP Array telescope (BA) and a little info on it can be found here: https://lnkd.in/gCpWk_U3 The current tower and adjacent building date from the early 90’s and snow has now accumulated to a point which makes continued access difficult. The NSF has a plan to raise the adjacent Martin A. Pomerantz Observatory (MAPO) building out of the snow. Our project, the BICEP Array Replacement Tower (BART), simplifies the raise of MAPO by decoupling the existing tower, and keeps the BA telescope operating uninterrupted on BART while MAPO is raised. 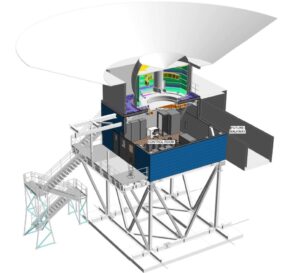 Typically for buildings at the South Pole we try to design for a continuous thermal envelope with no structural and few other penetrations. Sometimes structural penetrations are necessary, but there we usually locate those in a sub-floor or similar, to maintain a thermally continuous occupied space. For this BART project, we had a new challenge which was to accommodate many structural penetrations – the tower needs to support a heavy, dynamic telescope, as well as an extra large ground shield (preliminary sketch attached). In this case, the occupied space is almost a secondary consideration. Electrical power, and thus heat, is provided by station diesel generators that are very expensive to run. The NSF requires us to be mindful of every kW our facilities use, so thermal breaks show themselves to be a cost-effective addition to this design. This is our first experience using thermal breaks. We specified TekTherm™ AK300HT thermal breaks for their superior strength and low operating temperature characteristics.